"When our long-time winemaker, Jacques Lardière, came out of retirement to advise our team, I knew we were ready to energize and lead this project into the future."

It was a crisp spring day in April 2013 when Thibault Gagey and Jacques Lardière set out to survey a well-established vineyard named Résonance. Jacques had just retired after leading winemaking at Maison Louis Jadot for 42 years, and Thibault, whose family has operated Maison Louis Jadot since 1962, was ready to enter the business with a bold new project. They immediately felt a deep connection with the place, and after tasting through dozens of wines made with the vineyard’s fruit, Jacques sat back and said, “Perfect.” Pierre-Henry Gagey, the President of Maison Louis Jadot and Thibault’s father, agreed. They decided to keep the vineyard’s title, and they also named their new winery—Maison Louis Jadot’s first outside of Burgundy—in its honor. With the same meaning in English and French, Résonance evokes many great things to come. They added the tiny but all-important accent mark to represent this small but special connection between Oregon and France. 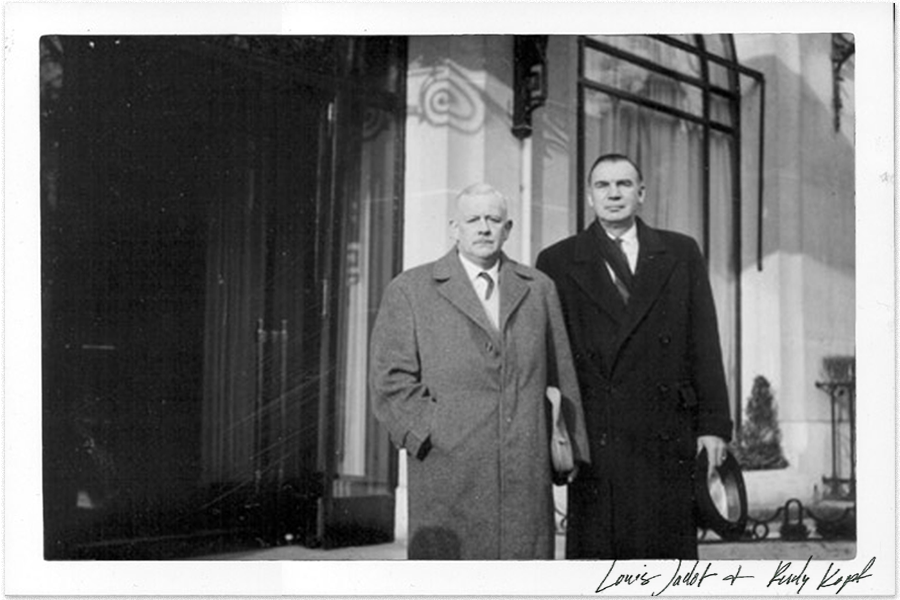 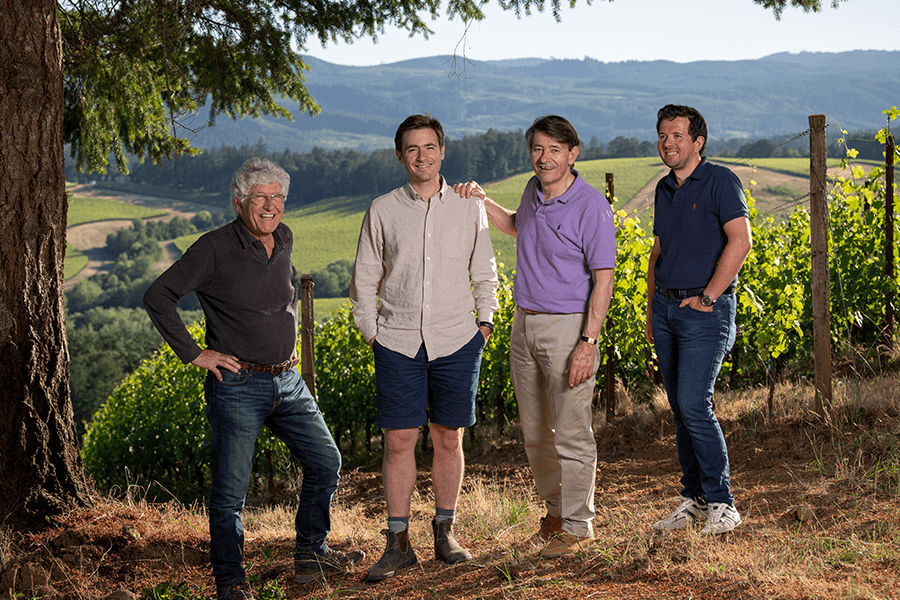 Maison Louis Jadot was founded by the Jadot Family in 1859—the same year as the State of Oregon. Nurturing premier and grand cru vineyards in Burgundy, Maison Louis Jadot earned a reputation for world-class wines made in small lots, capturing the attention of Rudy Kopf, an importer for Kobrand Wine & Spirits and the founder of the wine and spirits division of Macy’s department store in New York. In 1945, Rudy made a pilgrimage to visit Maison Louis Jadot, and the long-standing relationship between the Kopf and Jadot Families commenced. Rudy soon began importing Maison Louis Jadot wines to the U.S., and the partnership continued to blossom through shared investments and appreciation for the next four decades. In 1984, Madam Jadot transferred ownership of the historic wine estate to the Kopf Family.

The relationship between the Gagey Family and Maison Louis Jadot also goes back to the mid-20th Century, when Louis Auguste Jadot invited a young winemaker named André Gagey to join his team of vintners in 1954. André was bestowed the title of President of Maison Louis Jadot when Louis Auguste Jadot passed away in 1962, and, with winemaking traditions going back generations on both sides of his family, he worked closely with the Jadot and Kopf Families to build Maison Louis Jadot into the world-class global wine brand it is today. In 1992, Pierre-Henry, André’s son, took over the role of President, and he launched the search for Maison Louis Jadot’s first winery in the New World in the early 2000s. As fortune would have it, Pierre-Henry discovered Résonance Vineyard at the exact moment when the next generation of the Gagey Family, Thibault Gagey, was ready to enter the business. Thibault became the Director of Operations of Résonance in 2013. 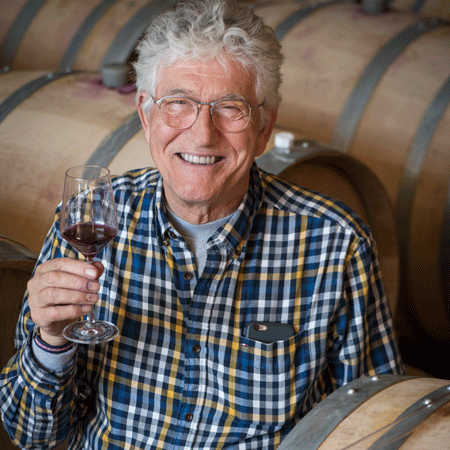 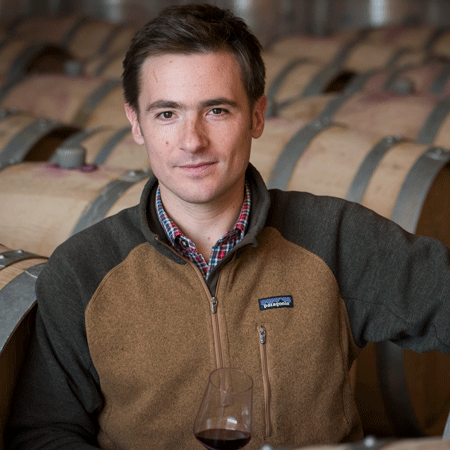 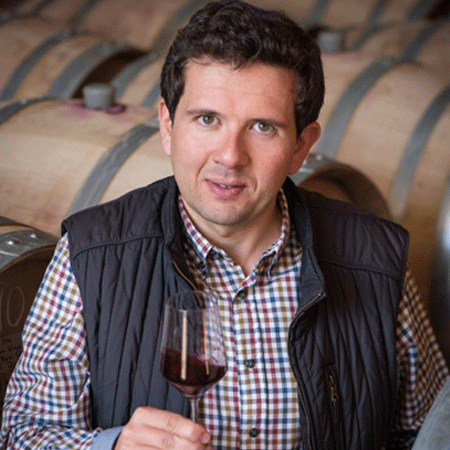 Jacques Lardière was born on the west coast of France in 1948, and he led winemaking at Maison Louis Jadot for 42 vintages. Jacques retired in 2012, but he kept asking himself, "What's next?" Two months later, he had his answer: Résonance. Having identified a potentially iconic vineyard capable of producing site-expressive wines with character, he came out of retirement to participate in the founding of Résonance. Working closely with winemaker Guillaume Large, Jacques applies his signature approach to Résonance vineyards and wines, and, if you visit during harvest, you may also find him doing punch-downs or helping at the grape-sorting table.

Thibault fell in love with Willamette Valley the moment he arrived to work a grape harvest in 2012. Coming from France, he related to the beautiful landscape, and like his father, Pierre-Henry Gagey, who had been traveling to Oregon for 20 years, he found the people down-to-earth and genuine, like in Burgundy. Scouting Résonance Vineyard with Jacques the following year, he tasted through a series of wines made with its fruit and was impressed that they expressed a shared sense of place. Thibault earned a master's degree in management from the Ecole Superieure de Commerce de Reims and also brings experience managing fine wine sales for a Chinese importer in Shanghai. Establishing Résonance from the ground up presents a special chance to work closely with his father. "If there's one bit of advice from my father and grandfather, it's to always look for the good side to a situation, even if it isn't easy," says Thibault.

Guillaume Large was born in 1982 in Burgundy's Pouilly-Fuissé appellation. While working in the family vineyard, planted by his great-grandfather, Guillaume was fascinated by the combination of historic Burgundian estates and modern technology. Curious to see whether he too could make high-quality wine, he earned an Oenologist's National Diploma of the Jules Guyot Istitute of Dijon. In 2011, Guillaume took the position of Assistant Technical Director at Maison Louis Jadot working with Frédéric Barnier, and he more recently joined the team at Résonance. A lover of mountain biking, hiking, and history, he currently lives in Oregon with his wife and young son. "Oregon is the perfect transition from Burgundy. The longitude is exactly the same, and like Burgundy, the Willamette Valley is populated with small towns, has incredible gastronomy, and is full of friendly people," says Guillaume.

Thank you for your interest in our wines. Please complete the form below and we will be in touch shortly.

Thank you for your interest in our wines. Your message has been received and we will be in touch shortly.